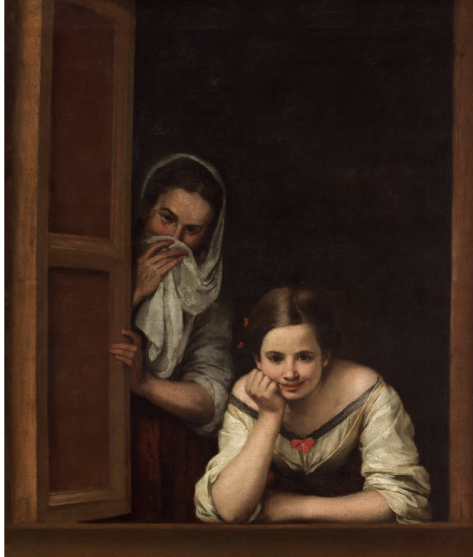 For the past week and a half, we have been under lockdown here in Italy because of the CoronaVirus.

The outbreak started in northern Italy, quite a ways from where we are living.  Cases are still concentrated in the northern provinces of Lombardy, the Veneto and Emilia Romagna.  The hospitals in Lombardy in particular are some of the best in Italy, with top flight doctors and high quality medical care.   This virus is survivable, for most people, with proper medical treatment.  But when a hospital is running at 200% capacity, with 10-20% of the medical staff either infected or under self-isolation for possible infection, not everyone will have access to proper medical treatment. Overwhelmed hospitals will have to make battlefield-style decisions about who to treat.  So now the whole country is under lockdown, to prevent hospitals from getting overwhelmed.

Everyone over 75, anyone with compromised immune systems, or anyone with symptoms, is being asked to stay home.  Others may go out for matters of “necessity”- shopping, medical appointments, walking the dog, looking in on an elderly relative.  Food stores, pharmacies, and stores selling cleaning supplies and household items (not sold in pharmacies here) are open, as are banks and post offices.  Medical facilities are open, but most doctors offices (doctors tend to practice solo here) are closed except by appointment for urgent matters. Dentists are likewise available only for emergencies.  Garbage pickup continues (although the recycling center is closed) and police and fire departments are fully operational. All other businesses – bars and restaurants, coffee bars, clothes stores, movie theaters and concert halls, barbers and hair salons – are closed for the duration.  There is no equivalent of DoorDash here – although a few restaurants have organized delivery services, it has been strictly on a one-off basis, and I get the sense that most people are cooking at home.

We have a number to call if we get sick, and someone will assess our symptoms.  I understand that people are being advised to stay home unless they are having breathing difficulties.

Italy has a national health care system, but the system is administered locally.  There are three public hospitals in our two-county administrative area.  For the moment, they are trying to restrict patients infected with the virus to two of those hospitals, with the third being used for other medical services.

It helps a lot that Italy has a single-payer health care system.  There are no payment or insurance coverage issues, and the system can allocate patients among hospitals to maximize their resources without worrying about which hospital has contracts with which insurers.

Pharmacies remain open, and as far as I can tell there are no shortages of the kinds of medicines many people take on a routine basis.  I think that’s because not only brand-name but also generic drugs are made in this country.  Pharmacies seem to be willing to refill long-term prescriptions even if they are technically expired.

We’re fortunate that just about everything we need for daily life is within a 15 minute walk of our apartment.  The only destination we might need to access by car is the hospital, and we’re not planning to go there if we can help it.

Ascoli is a town of about 50,000 surrounded by agricultural land.   A lot of the food we eat on a regular basis – fruits and vegetables, chicken and lamb, pasta and grains, sausage and cheese – are produced within 2 hours of here.  We have 6 local bakeries, some of whom grow their own wheat, and a local coffee roaster.  San Benedetto, about 1/2 hour from here, has one of the largest commercial fishing ports in Italy, with wild and farmed seafood from the Adriatic.  “Local and sustainable” isn’t just a slogan here – it means short food supply chains, which is particularly important in a time when long distance transportation may be perturbed.

We haven’t seen the kind of panic buying that has been reported in the United States.  The shelves are fully stocked.  Even if a particular item (bleach, gelato) is not available on a given day, it will generally be available on your next visit.  Stores have implemented a limited entry system to keep people from congregating inside.  Our local supermarket moved the ticket machine from the deli counter to the front door, so you take a number and wait outside until it’s your turn. It’s the most organized line I’ve ever seen in Italy.

Italy is a democratic country, so at least up until now the government has tried to rely on voluntary compliance rather than a heavy-handed police force.  If you go out, you are supposed to carry a self-certification form stating your errand, but I’ve never been asked for one.  I’ve read that the police have issued thousands of citations in various parts of Italy, but voluntary compliance here seems really high.  The demographics here are kind of unusual – a lot of families with children and a lot of older people, but relatively few single people in their 20’s, who have to go elsewhere to finish their education or find jobs.  It probably doesn’t hurt that the latter days of World War II and its immediate aftermath, which were a time of great privation for Italy, are within the living memory of many of the older people here.  Some of the older folks have been through hard times before – and at least this time nobody is bombing them.

It’s kind of remarkable how quickly you can get used to a dramatically different way of life.  At breakfast, we discuss what we are going to do that day, as always.  But the number of options is severely limited.  Instead of “Let’s go to the beach today,” or “Let’s pop up to Venice for a few days,” it’s “Who gets to go to the store today?” Some days neither of us goes out at all, which is weird.  We’ve been reluctant to take walks, since the legal status of doing so is uncertain and errands generally have to be done solo.  But today I went down to the creek behind our house for about 20 minutes and didn’t see another soul, except for a guy walking his dog.  So I figured that was alright.

I’ve long been a student of medieval history, and accounts of plague outbreaks in medieval and early modern Europe, and how communities dealt with them, have always fascinated me.  I never dreamed, though, that I’d be living in them.

Italy took too long to enact these drastic measures, and as a result we will probably have to stay on lockdown longer than originally anticipated until we can flatten the curve of new cases.   For our region, though, which wasn’t as strongly hit as the north, the restrictions may have come in time.  We’ve seen more cases, but nothing like the horrible numbers being reported up north.  We’re not out of the woods yet by a long shot.

For those of you living in the US, please take my advice. This is not “just another flu.” These restrictions are not a hysterical over-reaction.

The world will be different when we emerge from this.  But we don’t know yet what kind of world that will be.